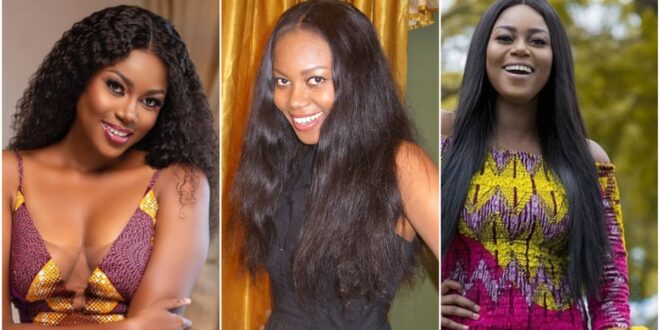 Yvonne Nelson has shared a strange revelation that can pass as the reason why she is not seen on our screen in movies of late as she recounts a misfortune that nearly befell her whist on set.

According to the actress who first gained attention through the Miss Ghana beauty pageant, she nearly lost her eyesight while on set shooting a movie.

Speaking in an interview on Kingdom FM, Yvonne Nelson said her eyes turned red and her pupil was almost vanishing while on set shooting Abdul Salam’s “Material Girl” some years ago, and the pain was really unbearable, according to her.

The actress was tasked with the lead role in that movie although she was just in the early years of her career. And with that, the hate against her from other stars on set was high and she believes they orchestrated making her blind.

Yvonne Nelson disclosed that when she got on set, she heard a lot of people ask where she came from to suddenly become the lead character in the movie when they were around.

Further in her recount, she revealed that she at a point got lost in her thought as she thought someone may have used ‘juju’ on her. “The set had to break because my eyes were red that it was going bad each minute. I shot 70% of the scenes in sunglasses”

At a point on set, she had to lock herself up in her room, cried, and prayed to God to seek His healing grace. Miraculously, her eyes got healed.

Watch the interview below;