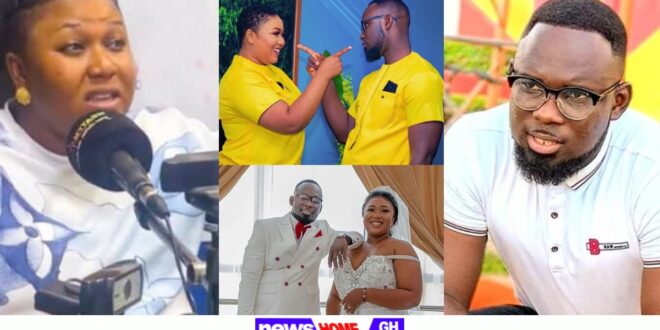 Actress and businesswoman Xandy Kamel has accused her ex-husband Kaninja of being to blame for one of her many miscarriages.

Xandy Kamel had three miscarriages while she was married to Kaninja. She told Ola Michael about this in an exclusive interview on NEAT FM.

According to the divorcee, her first miscarriage was brought on by depression, and the second miscarriage also happened while she was arguing with Kaninja.

She explained that she was preventing Kaninja from leaving the house and that during the altercation, he slammed her against the wall, which caused her to miscarry her second child.

Xandy asserted that she is not concerned about the fact that she had three miscarriages since she believes that God is in control.