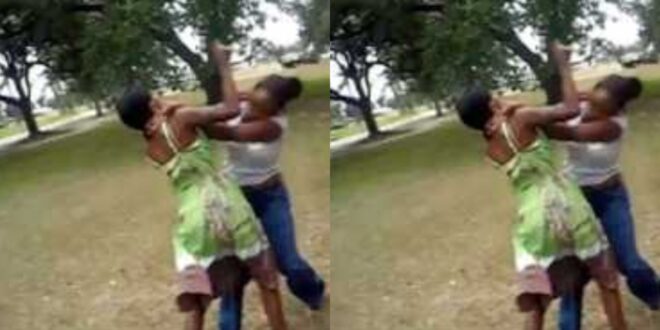 Wives of two police officers in kumasi arrested for fighting at the barracks.

Most people are concerned about a dramatic altercation that occurred between two police officers’ wives.

For battling and disrupting the calm of everyone at the barracks, the two wives were held and kept in police custody.

The two women, Alberta Achiaa, a nurse at Manhyia Hospital, and Millicent Adjei, both 36 and 30, were involved in a clash for motives unknown.

Millicent Adjei, a jobless woman, has become the main perpetrator, always fighting people at the barracks, even police officers.

An inquiry into the origin of the brawl is underway, and the two women who broke the barracks’ rules will be ejected as a result of their conduct.

Meanwhile, the two police officers who were unable to handle their families, resulting in the abusive conduct, are facing administrative punishment.