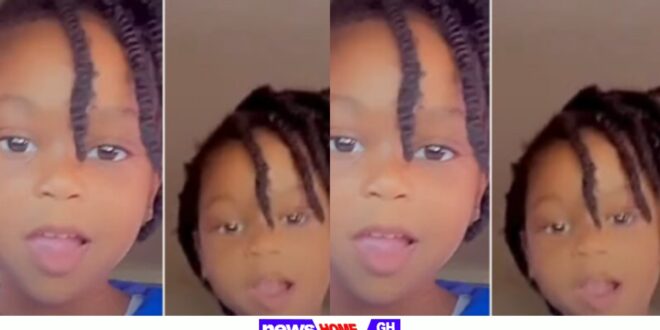 ‘Where is my Mummy?’ – Watch sad moment little girl asks his dad about her late mom (Watch video)

A Nigerian man recounted the awkward moment his daughter inquired about her late mother.

Apparently, the girl is unaware that her mother is no longer alive, which is why he recently inquired about her.

Her father, who is now a widower, claimed that her mother had gone to get her cookie, but the girl was not convinced.

“I felt bad today… When my daughter asked, “Daddy, where is Mama?” I told her that her mother had gone to buy biscuits for her. I had the impression she realized I was deceiving her. Because her reaction was so moving.”

Netizens who saw the video urged him to tell her the truth because it would relieve her burden as she grew.

Here are some reactions below

@olettahmokoena said, “I think the truth won’t hurt her,just tell her that she is with the Lord, and she is watching over you guys.”

@katli185 said “Just be honest with her because either way you have to tell her the truth🥺🥺🥺.”

@melissa_ncube said, “everything will be fine🥰🥺but tell her the truth at a young age she wil understand..and its weight lifted from ur shoulders..🥰🥰love nd light.”

@wabb135 said, “Everything happens for a reason… One day she’ll appreciate you for the effort ❤️❤️.”

@omolaraafolabi07 said, “I felt the same way when my daughter ask of his dad but have been giving her one excuse or the other,it not easy may God console you.”