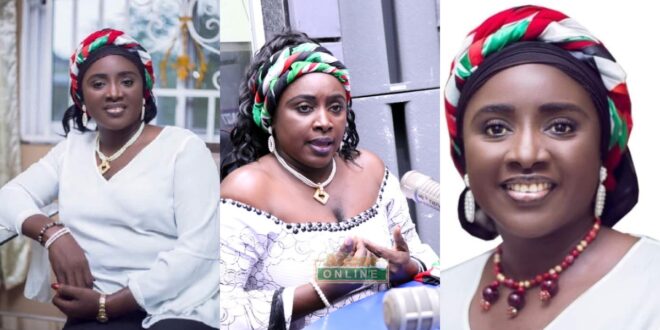 Dr. Hanna Louisa Bissiw, the NDC’s Women Organizer, has warned that if caution is not exercised, the next general elections will be bloody because she and other NDC members will be pitted against their opponents, the New Patriotic Party, with “guns and bullets.”

Hanna Bissiw’s call for the use of violence is in response to what happened during the 2020 general elections, according to her.

She spoke to Nana Aba.

The chaos that happened during elections that made them rob us will not happen again. That is why I’m saying that no, NDC has been very diplomatic. You give me a small place to build my embassy I give you a small place; you give me a big place I give you a big place. So, when they come at us with guns and bullets we should face them with guns and bullets”.

She proceeded to criticize President Nana Addo’s government, associating it with abuse, claiming that if the president believes attacking the NDC with weapons is the right thing to do, they will follow suit.

We were quiet, we suffered, and in a society where there is so much injustice, silence becomes a crime and we are not going to be part of this criminal activity. We are going to speak out and we are going to be very diplomatic in our dealings. When they come at us with knives, we will face them with knives because were quiet and they wounded us, we were quiet and they robbed us and today people want to pretend in this nation that it was OK what happened