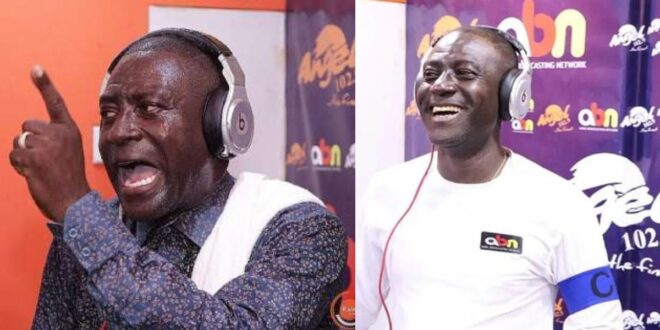 Watch the video of Captain Smart which resulted in his suspension

The suspension of Captain Smarts by the Angel Broadcasting Network (ABN) has answered a lot of concerns about the media’s openness and the right to free expression that every Ghanaian has.

Besides this, many people are now perplexed as to what may have compelled the radio to listen to the government’s words and to permanently suspend Captain Smart, one of the radio’s most prominent voices.

Captain Smart, on the other hand, was suspended by Angel FM after he allegedly began to strongly attack the government and other appointees despite the station’s warnings to do so.

Captain Smart is actually a supporter of the NPP who has served behind the scenes to ensure the party’s victory.

As a result, when he started to criticize the government’s initiative and work, many people assumed something had gone wrong.

Captain Smart pounced on Vice President Bawumia during his last appearance, which may have led to his suspension, and lambasted him for failing to keep his pledge to secure Ghana’s public purse, avoid borrowing, and develop the economy.

Captain Smart acknowledged on the show that the NPP government has neglected to keep its promises, and as what goes around comes around, he was ready to descend on the government, much as he did during Mahama’s time.

This has almost certainly resulted in his suspension, particularly because the station has revealed that he was warned not to criticize the government.

below is the video;