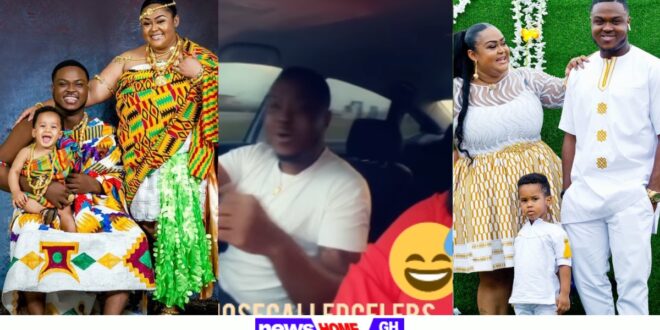 Prempeh is the older son of actress Vivian Jill. He has shown his talent in a number of different places. It would appear that the young man is a musician who is currently honing his skills in preparation for entry into the Ghanaian music industry.

Recently, a video of Prempeh doing a freestyle over his favorite song was shared on several social media sites. In the video, he is seen alongside his mother, who is obviously his most devoted supporter.

The actress Vivian Jill can be seen singing alongside her son while jamming to a song in the video.

As a direct result of the video, users on social media are making fun of Vivian Jill’s son.

It would appear that they are underwhelmed by his musical talent as they have compared him to the Ghanaian rapper Medikal. People have expressed their opinion that they do not want to see a new type of MDK enter the system.