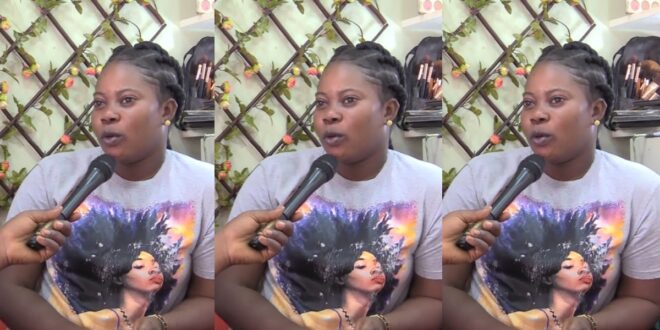 Sandra Aboagyewaa, a stunning Ghanaian lady, revealed in a fascinating interview with SV TV Africa how she once dated a married man by accident.

Sandra said this happened years back while she was working, according to a video seen by Newshomegh.com on the organization’s YouTube page.

Sandra claims that after the man shared the photo, texts from his friends began questioning where his wife was and why he was sharing pictures with another woman.

Later, the man admitted that he was marrying, but that it was against his will because his family forced him to marry the lady after he had impregnated her.

Sandra, who has become the CEO of Beautiful Looks Studio, said she secretly ended her relationship with the man at the time and has refused to return his calls.