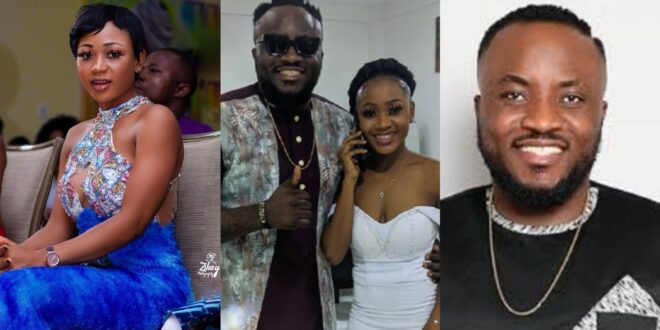 Video: I have not given DKB any money to give to Akuapem Poloo – Lady speaks

Madam Alice, the woman at the heart of the dispute between Akuapem Poloo and DKB over a supposed donation, has spoken out to clear the air.

When recounting the incident on the air, Okay FM host Kwesi Aboagye mentioned that he had spoken with the lady in question, who recounted her side of the story.

According to the source, Alice said that Ayisha Modi, also known as She Loves Stonebwoy, had asked her to gift Poloo and her son $1,000.

Alice is also said to have contacted Poloo’s phone number in order to talk with her about Ayisha’s gift.

She further said that when she reached Poloo, the actress immediately assumed the worst and began complaining about not getting any rent.

Kwasi Aboagye finally realized that Poloo had concocted her own version of the donation situation.

As per Kwasi Aboagye, Alice decided to contact Akuapem Poloo to request that the video in which she wrongly accused DKB of hoarding the money intended for her be taken down.