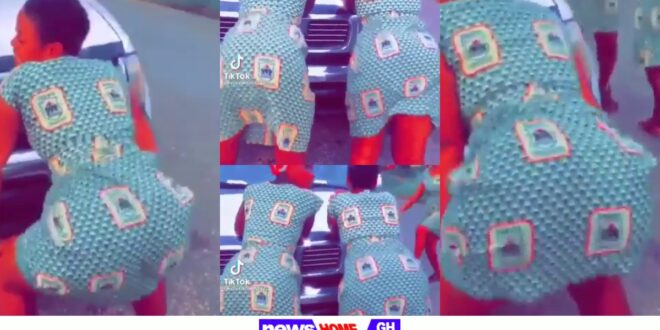 Students from a well-known senior high school in Ghana made the spontaneous decision to put on a free twerking concert for their classmates, who stood by and watched in amusement.

In the video, two young women who were bored with their spare time decided to put on a show using what that their mothers had given them to perform.

They twerked really hard in order to get the boys on campus excited, and those who were standing by clapped for them and encouraged them to give more twerking styles so that the guys would be satisfied.

Watch the video down below: