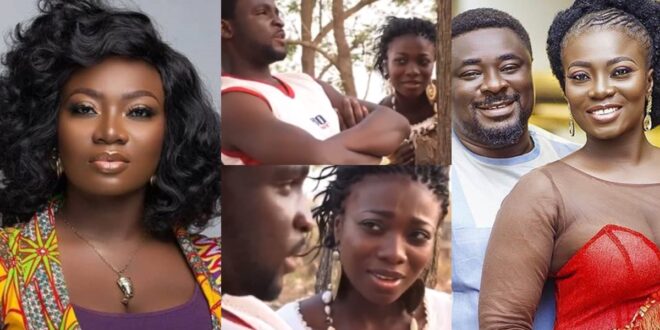 Stacy Amoateng, a Ghanaian television figure, has posted a throwback video of a movie she starred in years earlier.

She was the leading lady in the film Incomplete, in which she played a lover girl.

Amoateng, who goes by the name Diya in the movie, is seen in the film telling her lover that she will be moving to the city to run a large business owned by her father.

The boyfriend, on the other hand, will not let her go, promising that his affection for her is greater than the business she is pursuing.

Stacy was adamant about leaving her boyfriend, and she did exactly that.

When she returns home, she is approached by another actor, perhaps her elderly brother, who inquires about her origins.

Stacy stormed out on her brother because she did not tolerate any disparaging remarks about her boyfriend by him.