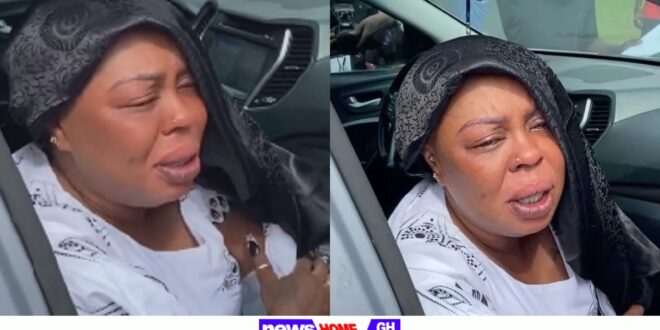 Afia Schwarzenegger slammed Ghanaians in a deleted post following her 10-day prison sentence. The controversial woman claims that the entire country is against her for simply living her life!

According to Afia, the entire country has united to despise one lady: a single mother. She then quoted Exodus 14:14, declaring that her fight was in the hands of God.

The outspoken socialite couldn’t afford to hunt for more trouble while serving a 10-day sentence in prison.

The Tema High Court sentenced Afia Schwarzenegger to 10 days in prison and a GHC 60,000 fine in a case involving Chairman Wontumi, herself, McBrown, Fadda Dickson, A Plus, and Mr Logic.

Sources say that Fadda Dickson was let off the hook and cleared because he expressed regret before the case, but the rest of the accused were all fined GHC 60,000.

Mr. Chairman Wontumi went to court after the defendants defamed him on the United Showbiz show.

Nana Ama McBrown, the show’s host, gave Afia Schwarzenegger a chance to defame Chairman Wontumi in a case that was already in court.

As a result, McBrown, her panelists, and UTV Management were all sued for contempt.