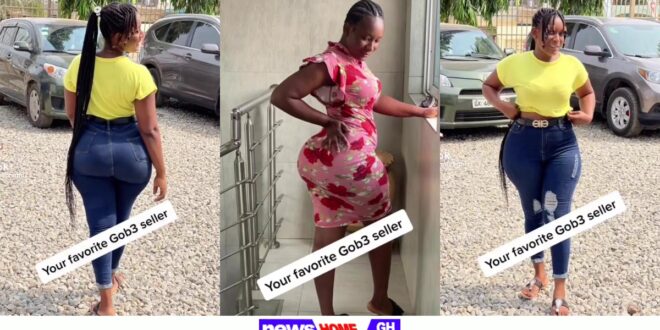 The most recent and popular Gob3 vendor or bean seller has recently shared a photo of herself taken outside of her workplace.

The food seller became popular after a video of her, in which she was frantically selling her gob3, but her bakka was doing all of the marketing for her, went viral on the internet.

The woman shown selling beans in a recent video has revealed her appearance in images taken when she is not engaged in selling the Gob3.

Truth be told, she is a gem and a very beautiful lady.

Watch the video below to learn more.