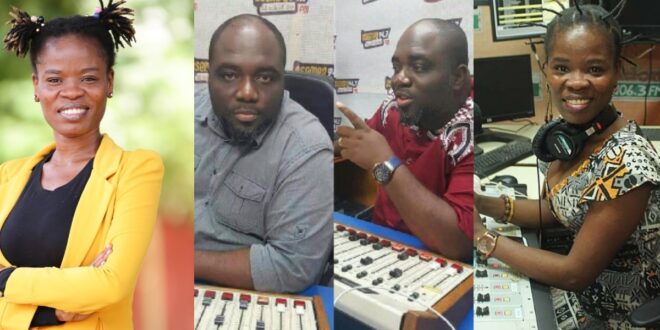 “The lady who caused the death of KABA, was the one who cried the most at his funeral”- Ohemaa woyeje (video)

According to Ohemaa Woyeje, the lady who caused the late KABA’s death cried the hardest at his funeral.

The longtime Kokomlemle-based multimedia radio presenter reflected on her tenure with the media conglomerate and the hypocrisy of several of her former coworkers.

She claimed she had a conversation with the late KABA in the days leading up to his passing.

So, after his passing, she was taken aback by the conduct of the lady, who was guilty of inflicting so much suffering on him.

According to Ohemaa Woyeje, the lady’s fake tears prompted her to write the popular Facebook article, which she was pressured to remove by her multimedia supervisors.