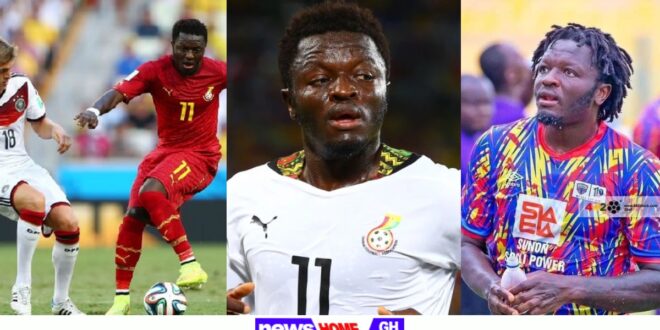 Sulley Ali Muntari, a former midfielder with the Black Stars, has declared his retirement from football.

The declaration was made following Ghana’s victory against South Korea at the ongoing 2022 Fifa World Cup by the footballer who has been in Qatar with the Black Stars to encourage the squad.

At the time of his retirement, Sulley was a member of Accra Hearts of Oak in the Ghana Premier League.

Muntari claimed to Sky Sports that he participated in the local league to fulfill his son’s ambitions, and that was accomplished.

Sulley Muntari worked for a number of clubs in Italy, Spain, and England during his peak, including Udinese, Inter Milan, AC Milan, Portsmouth, and Deportivo La Corua.

Muntari received his first senior cap against Slovenia on May 17, 2002, and he quickly established himself as a key member of the squad as The Black Stars began their run for the 2006 FIFA World Cup.