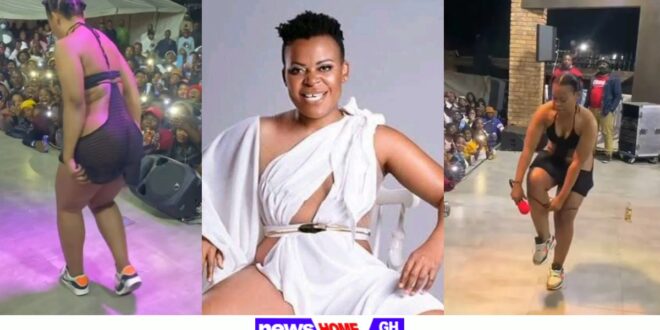 The South African diva Zodwa Wabantu caused a commotion among her audience when she took off her pants while she was performing.

A video that was uploaded to Facebook by Francis Ametepe showed the curvy and attractive musician entertaining her audience while she was standing on the podium.

Zodwa performed on stage while wearing a black dress that exposed much of her body and sang her hit song while the audience danced and cheered her on.

The performance reached its peak, at which point the singer took off her black underwear, shook it, and then threw it out into the audience.

“God save our current generation.”

“Which part of the African culture is she representing? I’m genuinely concerned about this performance and what it yields.”

“But do young woman in her family look up to her as an inspiration?”

“So men are raising their hands to grab Zodwa’s panty.”

“Time will come she will confess our Lord is the God of a second chance, but the fear is that lif is running very fast, so she must choose eternal lif and serv God.”