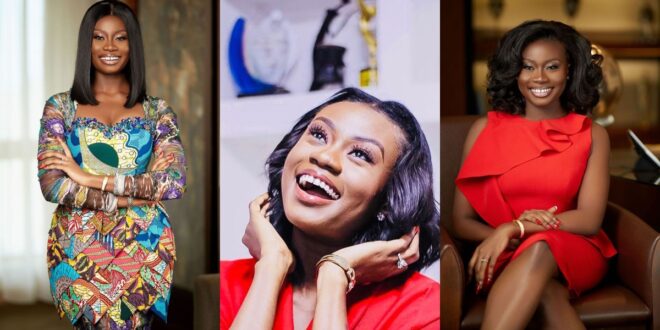 Poaching is permitted in the media. It is common for your favorite OAP to move from one station to the next.

The conditions around the departure are what render the transfer difficult. Because of poor conditions or misunderstandings, often TV and radio stars leave their careers and work with other media outlets.

Natalie Fort’s resignation letter to Media General and TV3 and her new deal with EIB Network’s GHone TV kicked off this week.

“RESIGNATION NOTICE | As I resign from TV3 with effect from 5th April 2021, I would like to express my heartfelt gratitude to the Management of Media General for an incredible 4 years with the firm. I am grateful for the platform to kickstart my Media journey, the opportunities granted me have been transformative; and to my colleagues, I’m honoured to have learnt from such an experienced team. The memories will forever remain with me. I wish Media General the very best in the years ahead. With Gratitude, Natalie Fort” part of her letter read.

Natalie Fort has revealed why she left TV3 after getting a warm welcome from Serwaa Amihere and Nana Aba Anamoah.

Natalie was heard stating in a recent video posted on her social network page that “…some birds are not meant to be caged,”

Why settle for second best because you can be the best version of yourself and enjoy the best life?”

Her post has been interpreted in several ways. Natalie’s development was being stifled by TV3, according to social media users, and she had little choice but to break loose.