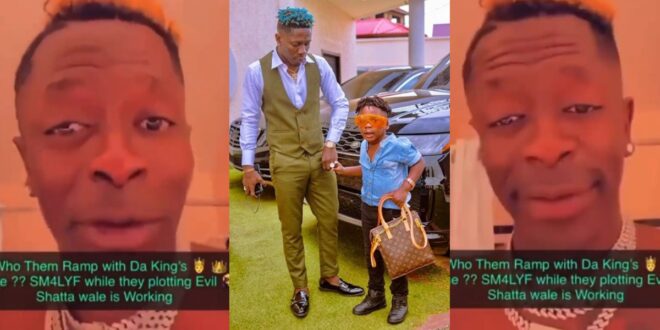 Shatta Wale, a dancehall artist who had been absent from social media for some time, has reappeared for a brief while.

The artist was rumored to have a kidney problem and was undergoing medical treatment in the United States, which was the reason for his decision to disappear from social media.

Shatta Wale has refuted the rumor by sending a letter to a ‘son’ of his, reassuring him that he is healthy and fit.

In his video, the Shatta Movement’s leader told his son not to listen to what the media does because the media has been attacking him from his early days.