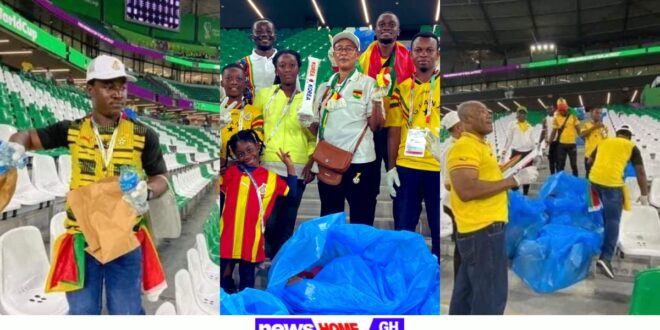 The Ghanaian supporters who are now in Qatar to cheer on their country’s senior team in the World Cup have done incredibly well for themselves thanks to their actions following the victory against South Korea.

After the match, numerous fans stayed around to clean the Education City Stadium in response to our team’s spectacular performance.

Before departing for their separate lodgings, they made sure to leave the stadium spotless and smelling as fresh as a mint.

In a pivotal match in Al Rayyan, the Black Stars triumphed over South Korea to increase their hopes of moving on to the competition’s next round.

See the photos below: