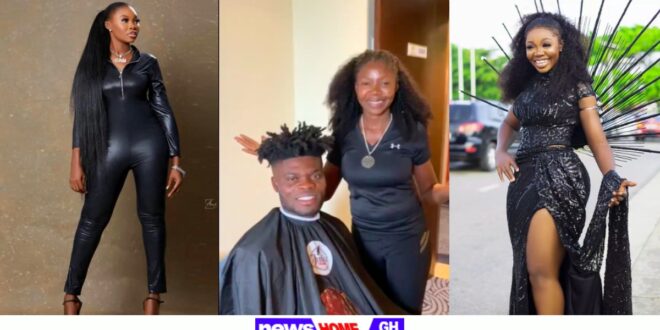 In a video that has gone viral, Joseph Langabel, who used to be the head drummer for Ghana’s national team, has made false claims of wrongdoing against Abiba Locks.

This time, it is not the usual jostling among players or payment that Langabel believes is the reason for our early withdrawal from the competition; rather, he believes that the reason is Abiba’s supposed bad luck.

Langabel said in an explosive video that this isn’t the first time that Abiba’s bad luck has prevented the national team from advancing in an international competition.

He gave five examples, such as Brazil and Equatorial Guinea, where the team was doing well until Abiba came to do the players’ hair, and then things went horribly wrong.

In the video, Langabel, who seems to know more about Abiba’s transactions, mentions that he requested the team manager to expel Abiba from the Black Stars’ camp because of her bad luck, but the manager ignored him and let her sleep in the camp anyways.

BELOW are some photographs of Abiba:

See also  “My boyfriend dumped me so I’m dating his landlord. We increasing the rent tomorrow”- Lady says
Share