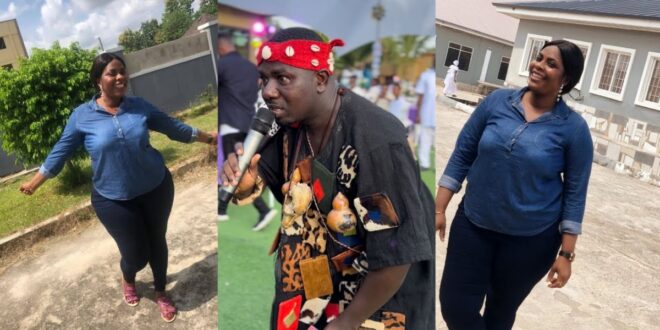 According to the tragic rumors that have reached us, the well-known Ghanaian actor Okomfo Kolegae has recently lost his wife.

According to the sources, the tragic death of Okomfo Kolegae’s wife occurred just as she was about to give birth to their child at the hospital.

According to the sources, the actor was eagerly awaiting to see his bouncing kid and gorgeous wife following the successful delivery of their child, but instead he was given the terrible news that they had both passed away.

The devastating news has caused a lot of people to cry, but perhaps none more so than the famous actor, who couldn’t hold back his tears.

According to the information that we have gathered, the family has decided that the burial will take place on December 17, 2022, at her birthplace of Koforidua Tabiri, which is located in Abuakwa in the Ashanti Region.

Watch the video that we’ve provided below to learn more…