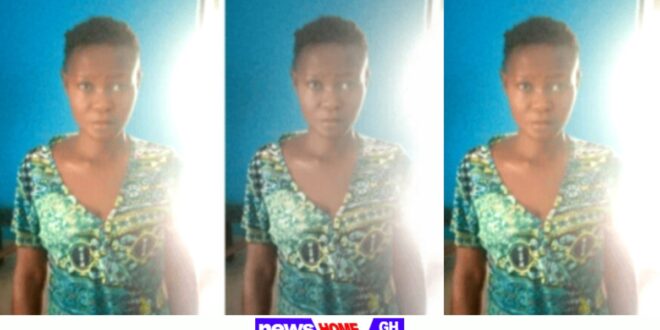 Mrs. Blessing Eno, a young lady in Nigeria, is said to have beheaded her 11-month-old baby for disturbing her sleep.

The occurrence shocked folks in the town because of the circumstances that led to the baby’s slaughter. Mrs. Blessing Eno claims that a spirit asked her to do it.

According to authorities, the mother of two, who may be suffering from Schizophrenia (Mental Disorder), took out a matchet and massacred her infant, stating that the child was troubling her and that a spirit told her to do so.

An eyewitness also said that the woman’s 8-year-old son was the first person to find his sister’s headless body with her mother covered in blood. He yelled for help, which brought neighbors to the scene of the crime.

The police were alleged to have intervened early to arrest the woman, rescuing her from an irate mob intent on torching her.