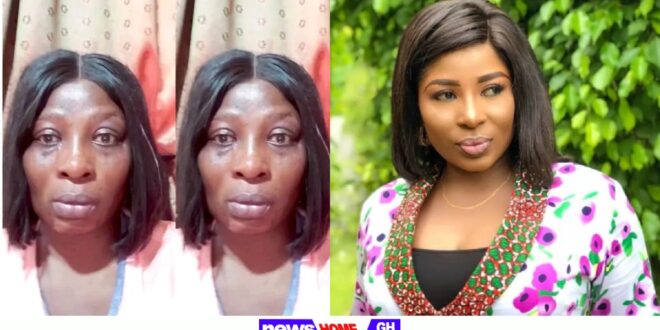 It appears that cosmetics have been a lifesaver for our female celebs because the majority of them look uninspired when they’re not using it.

An actress from Ghana named Gloria Sarfo is currently the subject of online trolls since she posted a brief video in which she exposed her bare face.

TikTok users appear to be participating in a challenge where they express their feelings about feeling undervalued while doing their best.

The actress participated in the challenge and used it as an outlet to vent her wrath at how unappreciative the people in her close circle are.

“I’m tired of giving my all and it never being enough. I’m tired of changing for people who don’t even recognize my change. I’m tired of crying myself to sleep at night and waking up in the morning and not recognizing myself.”

People who have watched the video are in complete disbelief since they never thought the actress would appear that different without makeup; she most definitely does not look like her normal, endearing self.