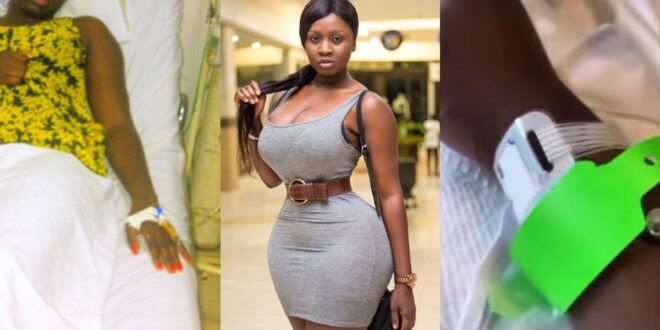 Princess Shyngle rushed to the hospital after attempting su!c!de – Video

Princess Shyngle, an actress, was rushed to a hospital in the United States of America after attempting suicide for the second time. According to Gistreel.com,

Since she drank any drugs that jointly affected her, the endowed actress was found in an ambulance (the incident occurred in the United States) as she was being transported to a trauma center for emergency care.

The actress’s being carried away was captured on camera and posted to her Instagram account, but it was later removed for unknown reasons.

The actress tried suicide for the second time, the first time in 2018, when she was claimed to have drank bleach. Luckily for her, she was saved by a neighbor and rushed to Vedic Lifecare Hospital in Lekki.

Many people think it is because of her failing marriage, which left her emotionally and psychologically scarred.

below is her video;