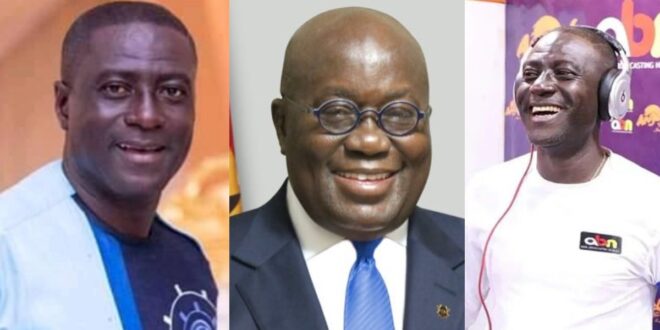 Captain Smart, the estranged journalist from Angle FM, has revealed the origins of his highly opinionated character on-air for the first time to Ghanaians, especially his fans.

Captain Smart’s courage in speaking out on problems is something he learned from Ghana’s current president, Nana Addo Dankwa Akufo-Addo.

President Akufo-steadfastness Addo’s under Rawling’s rule to champion the “Kume Prko” demonstration, he said on Smart TV Sunday, May 9, 2021, is what has made him who he is today.

Captain Smart stated that President Akufo-Addo’s act in which many NPP leaders who claimed to be part of Kume Prko’s engineers were afraid but stood (Akufo-Addo) on his grounds to organize, made him (Smart) realize that everyone would have to talk at some stage to get things moving.

“Rawlings was then preventing people from expressing themselves and Akufo-Addo took the mantle and said enough is enough. Many of the NPP leadership then were afraid so when Nana Addo said he’ll go alone if no one joins him, that was when they realised he is determined and joined him. His action paved way for other demonstrations to be organised against Rawlings,”.

He went on to describe the ensuing protests that each successive government faced, saying: