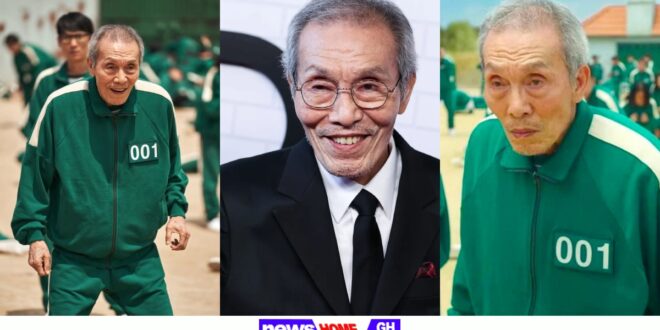 O Yeong-su, the actor from “The Squid Game,” has been accused of sexual assault by South Korean court authorities.

According to officials, the 78-year-old is suspected of groping a woman’s breasts indecently in 2017.

According to local media reports, the actor has refuted the charge.

After his portrayal in the Netflix series earlier this year, he became the first South Korean actor to win a Golden Globe for best supporting actor in a series.

According to the Yonhap news agency, the claimed victim first complained to the police about Mr. O in December last year. However, the matter was concluded in April without Mr. O. being charged.

Local reports claim that on Thursday, the South Korean prosecutors indicted him without placing him in custody.

According to the news source, the prosecution has now restarted the probe “upon the victim’s request.”

According to local sources quoted by the AFP news agency, Seoul’s culture ministry decided to suspend airing a government advertisement starring Mr. O as a result of the accusation.

The most watched show on Netflix ever, Squid Game, is a series  that follows a group of indebted individuals as they play dangerous children’s games for a chance to win a large sum of money.

The oldest contestant in the survival competition was Mr. O.