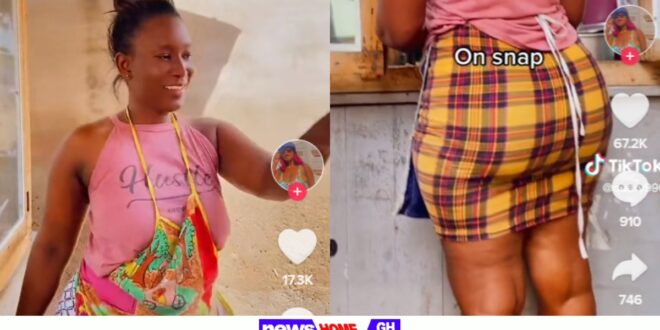 A Ghanaian woman selling gari and beans, a local specialty also known as “gob3,” went viral after a customer filmed her.

People on social media were drawn to her because she was pretty and had a full body. Since then, the ‘gob3’ vendor has gained a lot of market share as people travel great distances to stop by her shop in Dansoman simply to catch a glimpse of her.

People are swooning over the lovely “gob3” vendor after more videos of her appeared on social media. A frequent visitor to the establishment, query996, recorded films of her and posted them on her page.

When the stylish bean vendor realized the woman was filming her, she delivered a charming 360 to win the affection of her growing fan following.

watch the videos below: