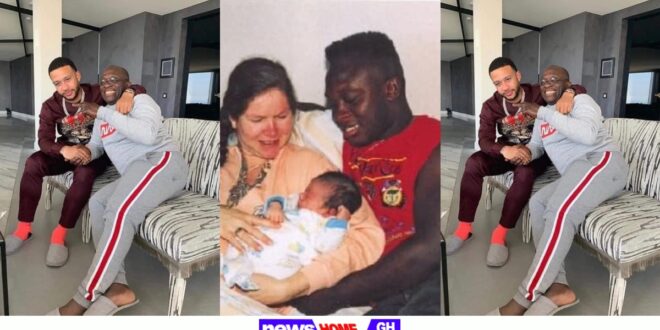 Photo of Barcelona and Dutch forward Memphis Depay reuniting with his Ghanaian father warms the heart on social media.

According to the most recent images that have been shared on social media, Netherlands forward Memphis Depay has at long last reconciled his relationship with his father, who is Ghanaian.

There have been persistent rumors that the Barcelona attacker, who is now 28 years old, was abandoned by his father when he was still a young child.

The striker was born to a Dutch mother and a Ghanaian father in the city of Moordrecht, South Holland, in February of 1994.

The father and son had reportedly been estranged for a long time prior to their most recent meeting.

According to Ghana Sports Publications, Memphis Depay recently engaged in meaningful conversation with his father, Dennis Depay, for the first time in a significant amount of time.

See some photos below: