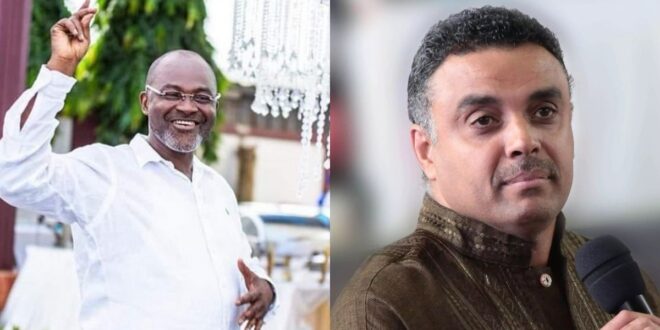 Kennedy Agyapong has lashed out at Pastor Dag Heward mills.
After some of his associate pastors stormed the media to reveal his evil and selfish nature, the creator and chief of Light House Chapel made it into the headlines on a derogatory note in only a few days.

Kennedy Agyapong, who has been watching the issue closely since February of this year, has added his voice to the fray.

Kennedy Agyapong, a no-nonsense politician, asked Dag Heward Mills about why he had to curse his opponents for calling him out on his gutter actions during an appearance on Net 2 Tv’s THE HOT SEAT feature.

Kennedy Agyapong, who is clearly dissatisfied with the outcome. The following is what Dag Heward Mills said.

But why should a pastor curse someone for criticising him? What a shame. What is going on in this country? Is he not the one who has established churches in abroad?. A friend of mine has very intelligent kids and he has convinced all of them to leave Pentecost and become pastors in his church. Brilliant boys who were engineers and accountants and I don’t know how he managed to convince them to become pastors in Lighthouse”.

The greatest commandment is love Thy God as yourself. The second greatest is love thy neighbour as yourself. If you love your neighbour, you won’t steal from him, you will forgive him when he faults you. So, for a prophet to curse people the way he did, he’s a devil. He is more than evil. Nobody is ready to tell him but I have told him. If you curse people like that, you are evil