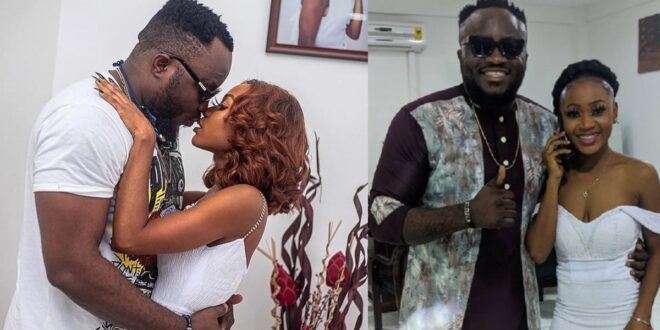 Actress Akuapem Poloo aka Rosemond Brown has been sent to the police by Ghanaian comedian Derrick Kobina Bonney, also identified as DKB.

He said the actress had made a video of him making false allegations.

Claims that a certain Mama Alice had sent him GHC4,000 to send to the actress are baseless, according to him.

DKB went on to say that he did not meet the lady in question and had never spoken to her for a donation.

DKB claimed on social media that he would go to whatever extent to bring this matter to the attention of the authorities, much as his reputation has been dragged on social media after Poloo made that allegation.

“Papa ny3 shwii, boni nso ny3 shwiii. You can either be ungrateful or a defamer but you decided to be the 2.I swear on every sweat, blood and insults I’ve received, the extent to which I went to support is the same extent I’ll go to drag you over this.It go over you. Be careful when helping a Ghanaian.I’ll really regretted everything.” DKB wrote.