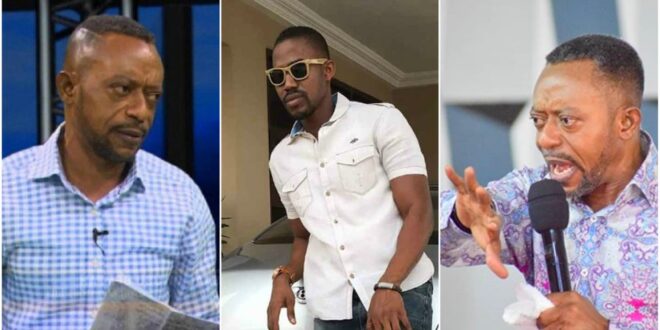 “Owusu Bempah will not live to see 2022”-Ibrah One

Millionaire Ibrah One has made it clear he has a problem with the NPP and all those who support it.

After his endless rants on social media that the President-Elect Nana Addo Dankwa will lose the 2020 elections, he is out with another set of prophecies even though his earlier ones failed.

Sharing his visions on social media via IG stories, Ibrah One revealed that Nana Addo will lose the presidency even if he gets sworn in on the 7th of January.

He added that the NPP man of God Owusu Bempah will not live to see the start of the new year 2022.

Ibrah added that all his prophecies will come to pass and the death of owusu bempah will shock everyone in Ghana.

“Owusu bempah will not live to see 2022, his death is going to shock the whole world this will come to pass and nothing can stop that.#Ibrahone” he wrote.

see the screenshot below.