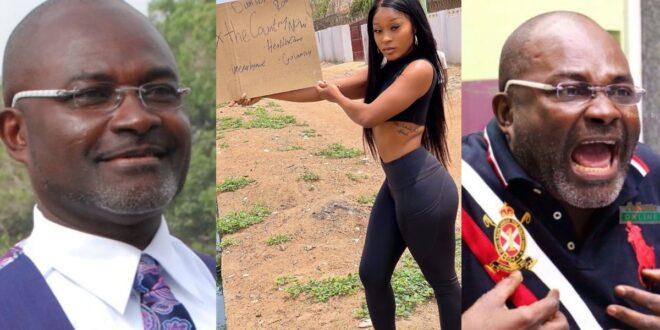 According to Kennedy Agyapong, the #FixTheCountry virtual protest is being led by cheap slay queens who have gone broke because the NPP’s “big guys” do not spend on them.

On Net2 TV, he said that, unlike the NDC, which used to waste the country’s capital on slay queens, the NPP has failed to do so and is now spending the funds in lucrative projects.

“The fix yourself campaign is been led by slay queens who say the men in the NPP don’t pay. Why should I pay such monies to you? Whilst, I’m sitting here I’ve a lot on my mind I want to do so why will I waste my money on you? They are even cheap too, they sit in planes and display their Gucci bags,” he said.

As an update, the hashtag #FixTheCountry has been all over the news this week.

It is being promoted by angry Ghanaians, mostly young people who believe their politicians have betrayed them.

This campaign, which has gathered support from across the political spectrum, prompted plans for demonstrations on the streets of Accra on May 9, despite the fact that the march was canceled due to order.