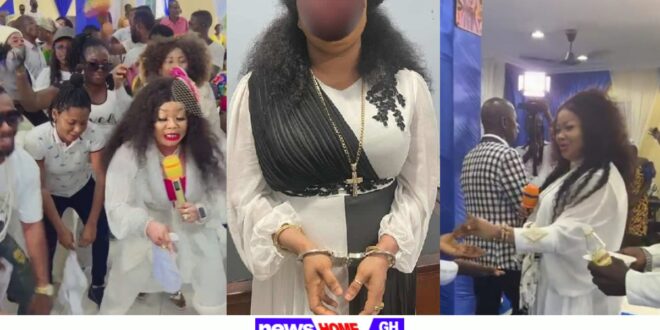 After being accused of ripping off churchgoers, many people believed Nana Agradaa was over. The controversial preacher, however, has returned, and business has resumed as usual.

Agradaa made her first appearance at her Heaven Way Church in Weija after the court granted her bail.

On November 27, 2022, she held a closed-door service instead of the open-door events she usually did on Sundays. In a service that was live-streamed on social media, Agradaa sang and provided ministry.

Agradaa gave thanks to God in a hymn of praise and worship. She feels that God deserves all the praise for keeping her safe and sound during the 40 days that she was imprisoned.

“40 days in cells and nothing happened to me, so I say thank you God. I was behind bars, but I was never poisoned, nor was there any attempt on my life, for these, I praise you,” she said.

She also expressed gratitude to those who, according to her, stood with her during her difficult time.

Despite the controversy, Agradaa invited her followers to visit her 24-hour service if they needed startup funding.

On Sunday, many people came to her church service, and no drama was noted.