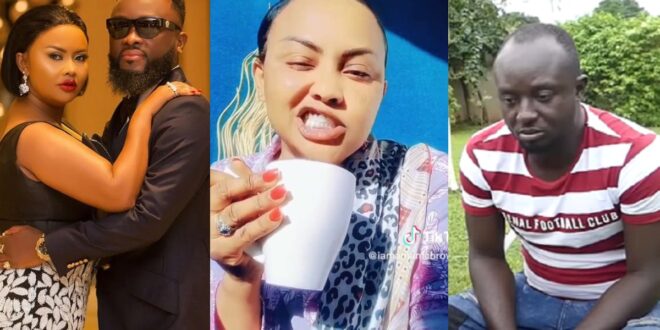 Nana Ama McBrown has finally spoken out about actor Ogyam’s recent attacks on her husband, Maxwell, for allegedly cheating on her. She had been quiet for a while.

Nana Ama McBrown and her husband were both targets of criticism from Kumawood actress Ogyam during a recent interview.

The actor made the accusation that Maxwell is unfaithful to his wife and does not respect her in any way. He went on to state that Maxwell is attracted to women who have large buttocks, adding that this is the reason why Nana Ama McBrown had to have butt surgery.

The wait is over, though, for Nana Ama McBrown has responded by releasing a video in which she disses Ogyam.

She says that we should be careful about the relationships we build with those who are closest to us. McBrown made the observation that those are the individuals who betray us, and the majority of the time they do not tell the truth.