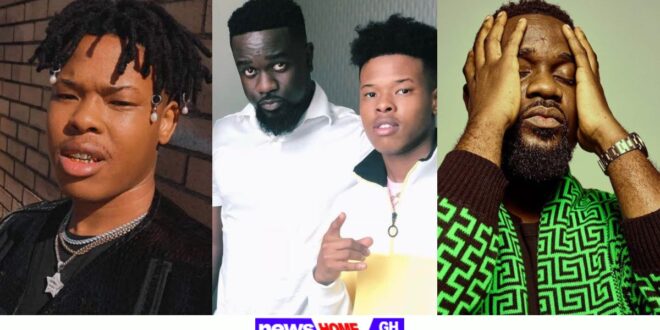 Nasty C, a rapper from South Africa, has caused a sensation after releasing a new video in which he explains why he has not collaborated with Sarkodie.

The rapper was asked to freestyle during an interview broadcast on Metro FM’s show “The Touch Down,” during which he was put under pressure to deliver some bars.

Nasty addressed his difficulties with Sarkodie by saying that when they initially met, he refused to shake Sarkodie’s hand. Nasty was referring to their previous encounter.

In spite of all, he admitted that he is not too proud to acknowledge that he is still a fan of the talented Ghanaian act. He said this in the confession.

Despite this, he committed to himself that he would never collaborate with Sarkodie once he had achieved his big break, which he had already done.

Nasty C claims that Sarkodie has approached him for a feature on two separate occasions in the past, but that both times he has declined the offer.

In addition to this, he disclosed that in order to avoid working with Sarkodie, he feigned to be recording his album.

In addition, the South African rapper stated that looking back, he understands that he was a coward for treating Sarkodie in such a manner and that he is sorry about it.

Sarkodie is fortunate that Nasty let him know that he still has his respect, and that if Sarkodie ever asks to collaborate with him, it will be a positive experience for him.

Watch the video I’ve included below in the meantime.