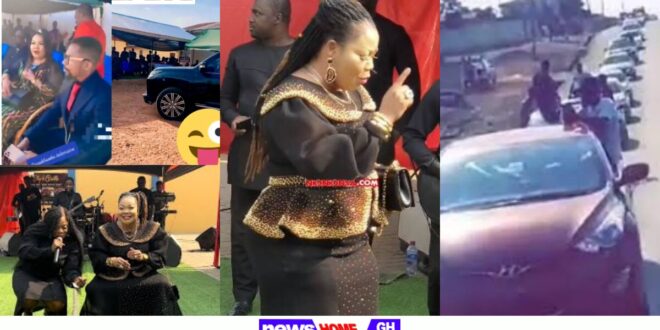 Nana Agradaa has returned to her usual life after completing bail for the third time.

Agradaa was granted bail twice and met both terms, but a third court remanded her until she met new ones.

The resolute priestess overcame them and is now free till the court rules.

She’s back to normal since her release.

Agradaa was in church on Sunday, thanking God, but before that, she attended a funeral and was the center of attention.

Their loud and ostentatious entrance was aimed at getting people talking at the funeral’s expense.

Their entrance stirred up social media.

Watch the video below…