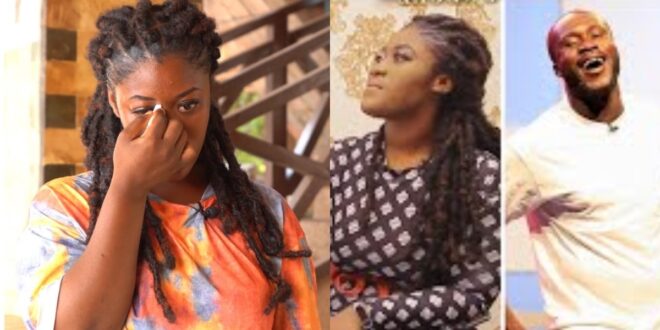 “My father abandoned me when my mom was pregnant”- Ewurama, Dr Likee’s girlfriend speaks (video)

Ewurama, a rising Ghanaian actress, has confirmed that she despises her father.

Her father deserted her mother when she was pregnant, she disclosed in an interview with ZionFelix on the ‘Uncut’ Show.

Ewurama, who has appeared in Dr. Likeee’s skits, said her mother acted as both a mother and a father.

She spoke about how difficult it was for her mother to raise her.

Life was not easy for her when she grew up, according to her.

Ewurama revealed that she first saw her father when she was six years old (6).

The aspiring actress said that she does not want to see her father because of how he handled them.

She went on to say that he should not even refer to her as his daughter.