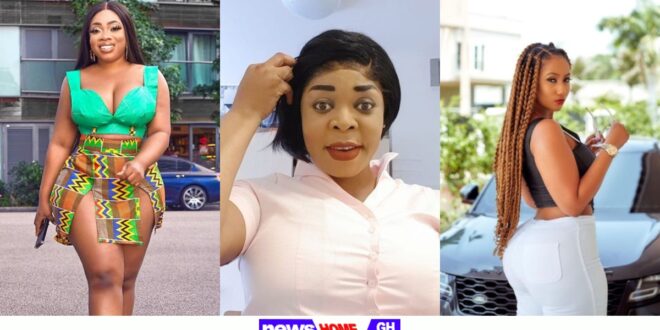 According to Joyce Mensah, Moesha faked her mental health Issues to avoid getting arrested like Hajia4real.

Moesha Boduong’s mental state has come under significant question as a result of Joyce Mensah’s claims that she staged it in order to avoid Interpol detention.

She claimed that Moesh is carrying a similar case around her neck in reference to the Interpol arrest of Hajia4reall and the associated fraud claims.

Contrary to common belief, Moesha Boduong engages in fraud to fund her socialite lifestyle, which is primarily supported by sugar daddies, according to Joyce Mensah.

She claimed that last year she had a tip that Interpol would be looking for her, so she cunningly pretended to be mentally ill.

According to Joyce Mensah, reports that she had donated money and sold her cars for cheap were all part of a scheme to make her mental illness and purported penitence seem legitimate.