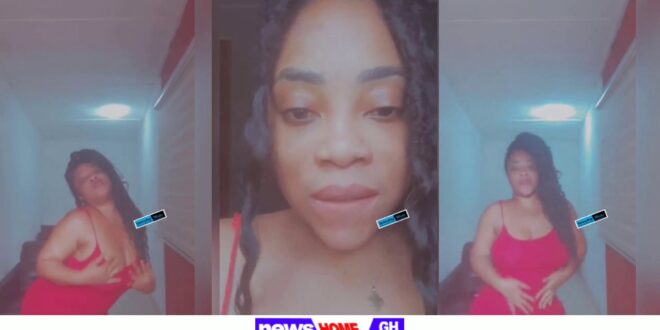 Moesha drops new ‘sassy’ video of herself as a comeback – Watch

As part of her decision to devote her life to God, Moesha Budoung has been absent from social media for over a year. However, she made her return to social media, with a sassy twist, not too long ago.

In a blog post, the actress was seen dancing and moving her body in a sedu.ctive way.

While dancing to the song “Rush,” which was created by Ayra Star, she was wearing a stunning red bodycon dress. The actress was also caught on tape biting her lower lip and stroking various parts of her body.

During this time, taking a glance at her social media accounts reveals that she has not been active on any of them. She has not posted any videos or photographs from her perspective.

There’s no way to know for sure if this is the comeback she talked about.

In a recent interview, Moesha disclosed that she has been living under the radar but that she pledges to be back with nothing but the greatest version of herself.

“I have been MIA, but I am going to be back, looking fabulous, better than before, bringing up my A-Game,” she said.

This post was in response to Afia Schwarzenegger’s earlier disclosure about the socialite suffering from a mental health ailment known as psychosis.

Watch the video below