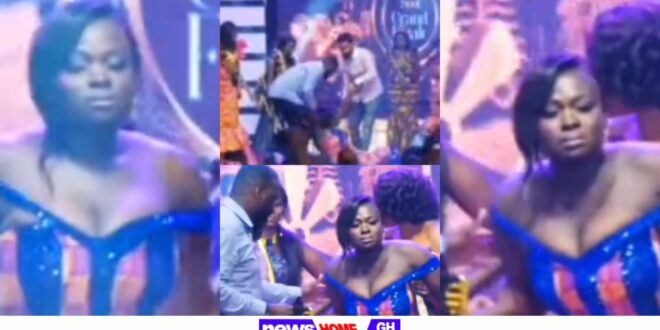 A contestant who hoped to win Miss Golden Stool 2022 fell onstage after losing.

Obroni fainted out during a live broadcast of the Miss Golden Stool finals after being selected as the 1st runner-up.

Social media users are concerned that the program continued despite what happened.

The lady worked hard in the pageant and was heartbroken when she did not win.

Others say she fell out of frustration after seeing her vote go to waste.

All the comments criticized the event organizers for not having emergency plans.