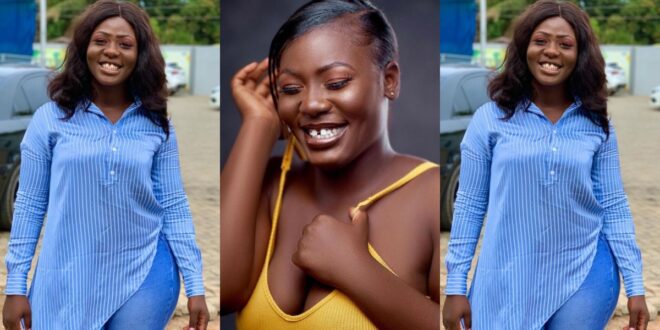 Stephanie, one of the girls on Ghana’s most famous entertainment show “DateRush,” said she came on the show to find love because most men she encountered did not think she was single.

she is endowed with a curvy figure. Until she came on date rush, Stephanie shared her dissatisfaction with the dating men.

People, she claims, refused to take her seriously because they could not believe a curvy lady like herself could be single.

Stephanie also expressed her skepticism, stating that she was wary of the men approaching her. If they were genuine or merely looking for an excuse to have sex with her.

As a result, she hoped to meet a guy who believed in her. Adepa was on the stage, which was fortunate for her. Adepa, she said, was the most loving and nonjudgmental guy she had ever met.

Take a look at some of her portraits in the gallery below.