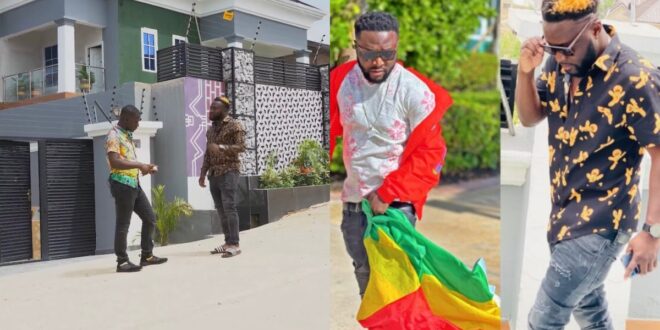 In an exclusive interview with Zionfelix earlier this week, a 27-year-old Ghanaian gentleman with the name Oboy Murphy discussed his upbringing and how he came to amass his riches.

Oboy Murphy indeed has proved that it’s possible for young guys to legitmately succeed in the country.

The young rich man confirmed to blogger Zionfelix that he is a guitarist and an entrepreneur who is involved in real estate, shipping, gold trading, and also owns an oil firm.

When asked about his early years, Oboy Murphy disclosed that he was born in Krofrom and spent the majority of his youth there. He claims that he moved to the United States at the age of 17 to pursue his studies.

Oboy Murphy also said that at the age of 21, he sent money to his mother to purchase land so that he could begin constructing his first home.

He said that he had a fleet of VIP buses that operated between Accra and Kumasi, Kumasi and Bolgatanga, and other sections of Ghana.

watch the video below to know more