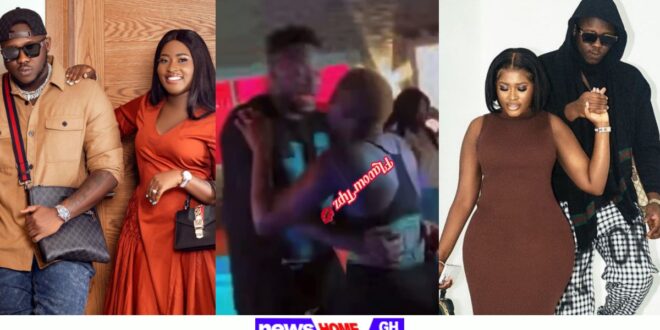 Social media has recently been flooded with rumors that the famous couple Medikal and Fella Makafui are getting divorced.

These rumors got a lot of attention on social media because the couple made a number of posts that seemed to show that all was not well in paradise.

In spite of the rumors, Medikal and Fella Makafui choose to keep quiet.

But the famous couple chose to talk about the rumors in an unexpected way at the birthday party for Elsie Duncan-William, the daughter of Archbishop Duncan Williams, which Shatta Wale hosted in one of his mansions in Accra.

They decided to attend the event together and play with the rumors that they were breaking up by sharing some affectionate moments together.

In an effort to quietly let doubters know that they are still together and growing closer in their love, Medikal and Fella were caught becoming romantically intimate in public.

Watch the videos below;