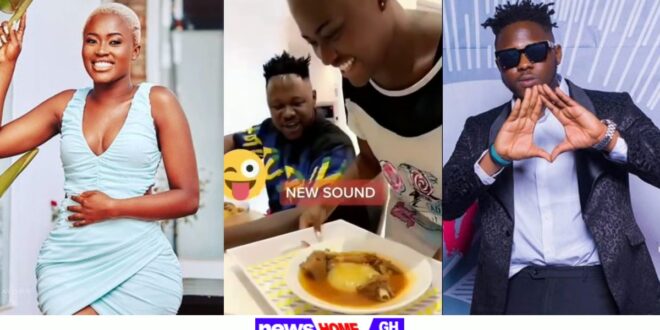 Medikal And Fella Back Together Following Divorce Rumours (VIDEO)

Medikal and Fella Makafui reconciled after weeks during which they led their fans to believe that they had broken up because they circulated the rumor that they were no longer together.

Remember how approximately two weeks ago, Fella Makafui made a cryptic remark that was posted on her Twitter account? In it, she made a veiled reference to the fact that she and the singer were having issues.

She stoked speculation by tweeting that she was at the point in her life where she needed to make the most difficult decision of her entire life.

In response to Fella’s tweet, Medikal published a tale on Snapchat in which he called out spouses for acting arrogantly within their relationships.

The rapper asserts that women should behave in a manner that is respectful and submissive, avoid stress, and be appreciative.

A video that was released not too long ago seems to show that the two power couples have made up.

In the video, Fella can be seen serving Medikal Fufu, who was patiently waiting for his dinner at the dining table, with happiness and humility.

Some users of social media are under the impression that the video was created specifically for the media since they have heard that the couple is still having problems behind the scenes as a direct result of the singer’s numerous affairs.

Watch their video below;