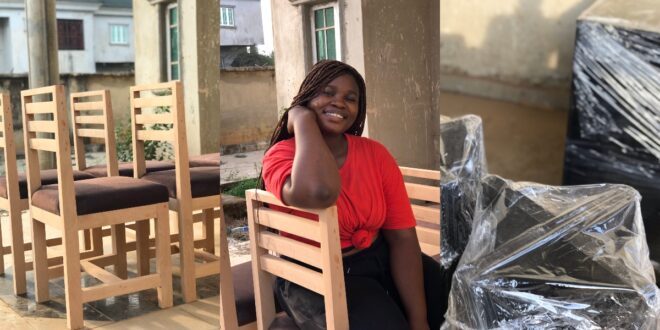 As he advertises her carpentry work to a broader audience on social media, a Nigerian man proudly posted pictures of her girlfriend’s occupation.

Bode Brown, a young man, took to Twitter to share pictures of his girlfriend as well as some of her finished items.

The man’s gesture has wowed social media users, who have interpreted it as bravery rooted in love and admiration.

This is because many graduates prefer white-collar work over vocations like this, and Bode’s pride in what his girlfriend does has gained him respect.

”My girlfriend is a great carpenter!

My girlfriend is a great carpenter!

”My girlfriend is a great carpenter!