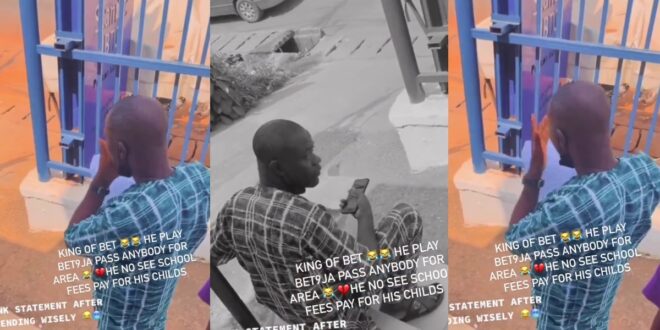 A man’s emotions took a beating after he lost an internet bet he’d made using money he’d saved for his kids’ college tuition.

People have said that the man goes to local betting centers often, but they haven’t said how often he wins.

In a video that has now gone viral, the distressed man can be seen going over his bank statement. It dawned on him that he had used every last penny that was in his account at that time to place a bet, including money that had been set aside for the education of his children.

He was shown sobbing over his bank statement in the video. After realizing his mistake, he just threw himself on the ground and collapsed.

According to reports, the baffled man spent hours moping about how terrible things were rather than returning home or to work.