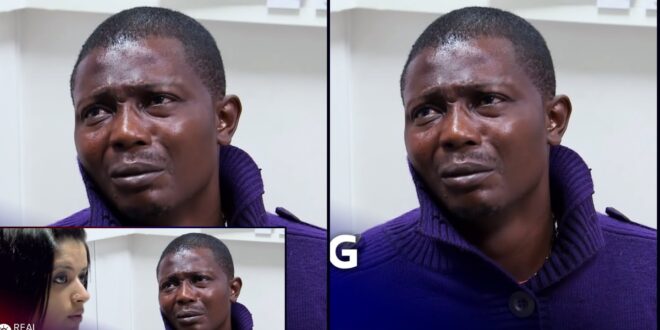 Man caught entering U.K with a fake passport claims he is only 15 years old. (video)

A hilarious video circulating on social media and available to us depicts moments when a Nigerian man in his 30s was seen in Heathrow airport with a fake passport.

According to Okpegwa Benson, a man called Uncle London, who specialized in assisting citizens traveling to the United kingdom, he was issued a passport for him to fly with.

Officials at the airport wanted to send him to a private room after finding something unusual about him. He was then checked by security guards before being sent to a room where he was questioned about his date of birth and other pertinent details.

In order to obtain entry to the UK, the young man said he was 15 years old, but it was clear that he was lying based on his appearance.