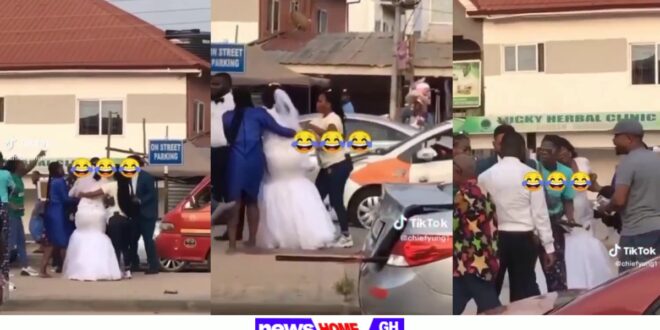 A story about a couple, whose names have been kept secret, has gone viral after it was said that the groom called off the wedding on the day it was supposed to happen.

Angel FM’s Opanyin Darko, who reported the incident from Kasoa, revealed that the man discovered that his bride had allegedly cheated on him for the supposed ‘last time prior to the wedding.

It has been reported that the information was provided to the groom by a friend who acted in the capacity of an informant, which prompted the groom to bring up the matter while the ceremony was in progress.

In the video that has gone viral, the bride, who was wearing her stunning wedding gown, can be seen sobbing and pleading with the man for forgiveness, but he will not relent.