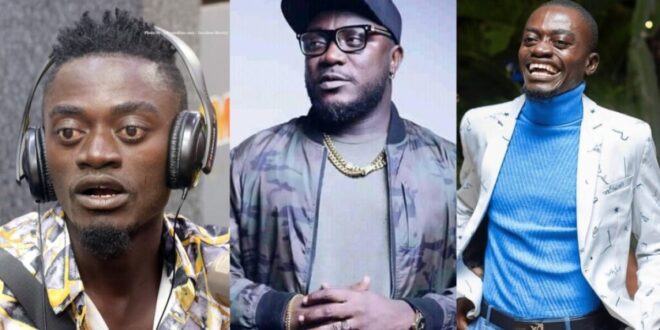 “Lil win owes me Ghc 1,500 he should pay and stop badmouthing me”- Nhyiraba Kojo

This outrageous accusation was made against Lilwin on the internet as part of a name-soiling campaign initiated after the comic actor refused to show up for a birthday party he had planned for him.

Nhyiraba Kojo, who has vigorously increased the pace of his verbal assaults on Lilwin, has claimed categorically that the screen wizard owes him Ghc 1,500 and that he should compensate him before responding to his rants.

Meanwhile, Lilwin was cursed by the real estate mogul earlier yesterday for slandering his name and claiming to the general public that he tried to use him for money rituals.

Lilwin has yet to react to Nhyiraba Kojo’s latest claim, either denying or admitting it.

To learn more, please view the video below…