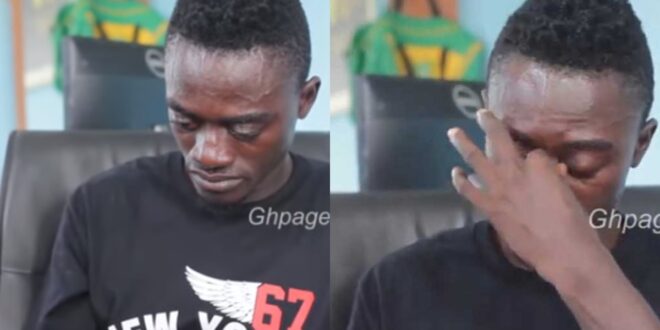 Li win’s Manager confirms that Lil win is broke and does not have money.

In a recent interview with Kumerica musician Ogidi Brown on Nhyira Fm, Ghanaian comedian and actor Lilwin mentioned his new manager, who goes by the name Okyeame.

During the interview, Okyeame revealed to the public that his boss (Lilwin) is actually having financial problems, as his former manager Busumuru Sean Kingston caused him a lot of harm when he signed the contract and engaged in all sorts of dishonest activity in the actor’s name.

He went on to say that he is now doing all he can to help the entertainer get back on his feet, and that he will not stop until he has achieved the goal that he has set for himself.

Lilwin’s bankruptcy was revealed after singer Nhyiraba Kojo publicly accused the comic actor of becoming bankrupt only a day after he failed to show up for a party to which he (Nhyiraba) had invited him.
Okyeame, when asked about Lilwin’s financial situation, said:

“Busumuru didn’t do things well. He managed LilWin based on friendship so most of the time he didn’t charge people who wanted to use LilWin for shows and that is the reason why LilWin finance has come down.

Now that I am back as the Manager, I am determined to do things properly, which is why I did not let Lilwin attend Nhyiraba Kojo’s show.”